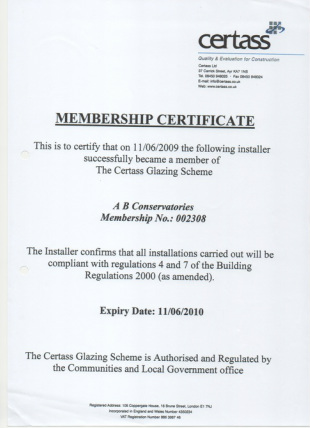 This was the certificate given to us by AB Conservatories Ltd confirming that are members of Certass.  This states that the installer confirms that all installations carried out will be compliant with regulations 4 and 7 of the Building Regulations 2000 (as amended).

AB Conservatories is only covered when replacing existing windows or doors.  They DO NOT have cover when building outside of the existing perimeter of the house, such as a conservatory. 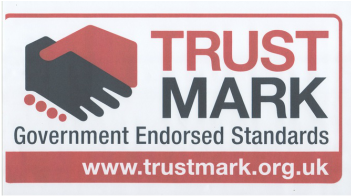 TrustMark is the Government backed initiative to help consumers find reliable and trustworthy tradesmen to carry out all manner of works inside and outside the home.

Certass has been approved as a TrustMark scheme operator for the glazing and conservatory sections of their scheme.

Because all Certass members are fully vetted, they have been granted "Grandfather" rights and are inclusion into the TrustMark scheme without further vetting being required.

AB Conservatories only has the TrustMark for existing window and door replacements, NOT new build conservatories. 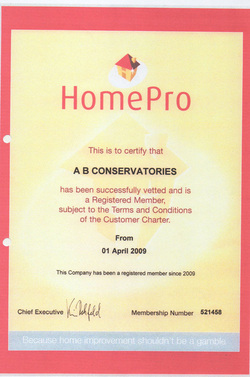 
AB Conservatories Ltd use HomePro to cover their work for up to ten years using an insurance backed guarantee.

They also have feedback from customers. However, there is a serious flaw.  They will only publish feedback when the customer says that they will recommend the company.  Furthermore, any score less than 7 is rounded up to 7!  I would argue that the feedback is not a true representation of customer feedback.