The dimensions of the required roof are sent to them by the surveyor/fitter, for AB Conservatories this carried out by Andy Brown. The manufacture of the roof is performed by Ultraframe and each roof is unique.  They produce a set of structural calculations for the roof to prove that it is structurally safe.

When our contractor took the roof off to fix the numerous faults made by AB Conservatories Ltd, a whole host of additional faults were found.

Below, you can see a photo of the ring beam after it had been repaired. Our contractor had to install a new section of Ring Beam after the original had been cut short to make it fit.  As a consequence, the roof had not be installed 'square'.  No corner of the conservatory roof was 90 degrees... 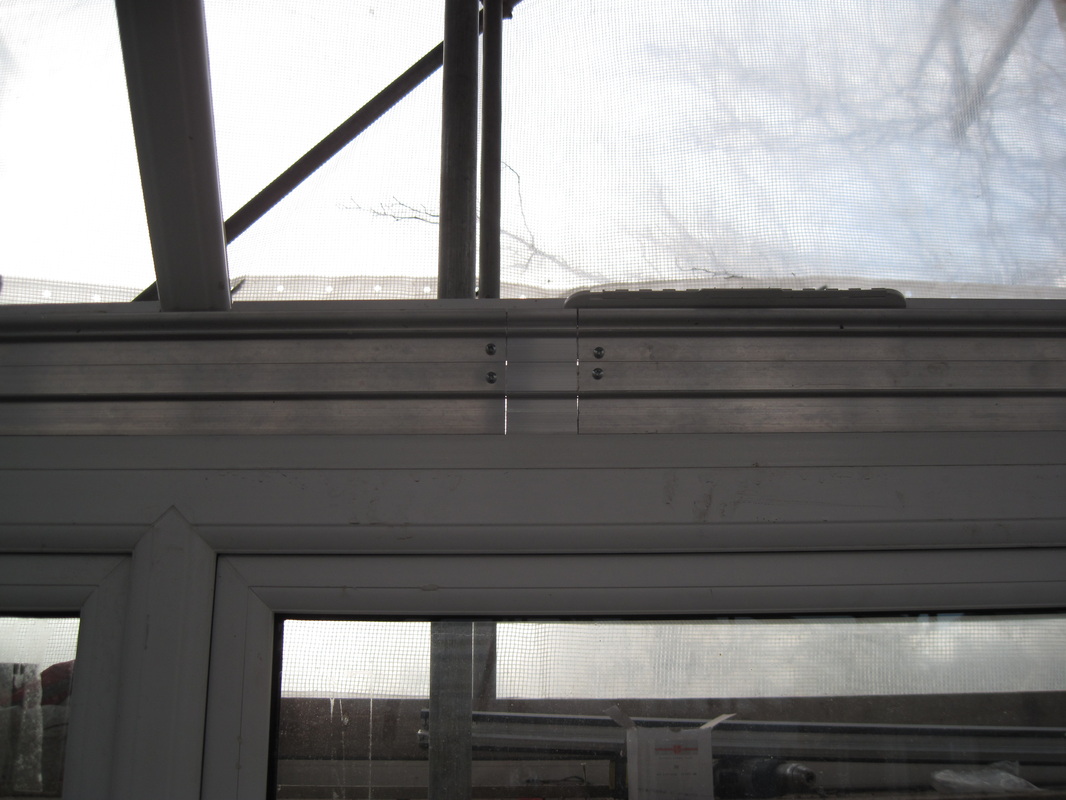 Our contractor had to repair the Ring Beam after it had been cut by AB Conservatories Ltd.
A consequence of not having a square Ring Beam, was that none of the splay bars, which had been precision engineered by Ultraframe aligned correctly. AB Conservatories Ltd, then drilled out new holes in the Splay Rafters to 'make it fit'. 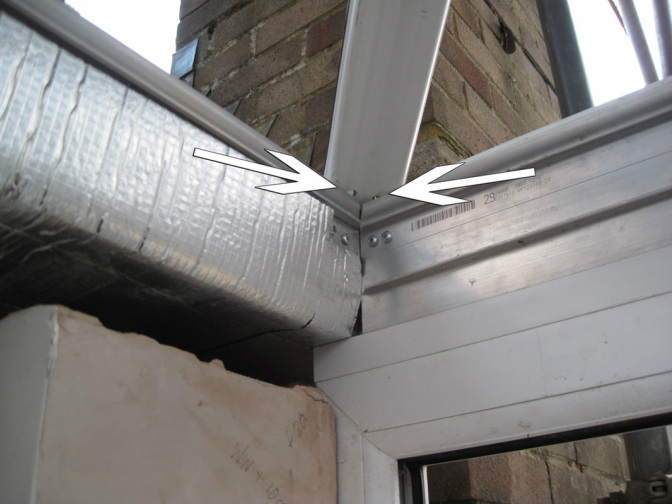 Approximately 30% of the screws were found to have sheared off due to expansion and contraction of the roof as it heated and cooled down. After another year it is unlikely to have been held down particularly well.  If a strong wind were to have blown on the roof it could have literally blown off!
Once the Box Gutter had been removed, it became apparent that the incorrect type of sealant had been used in the join. This meant that water was leaking inside the house and on to the under-cladding trim. 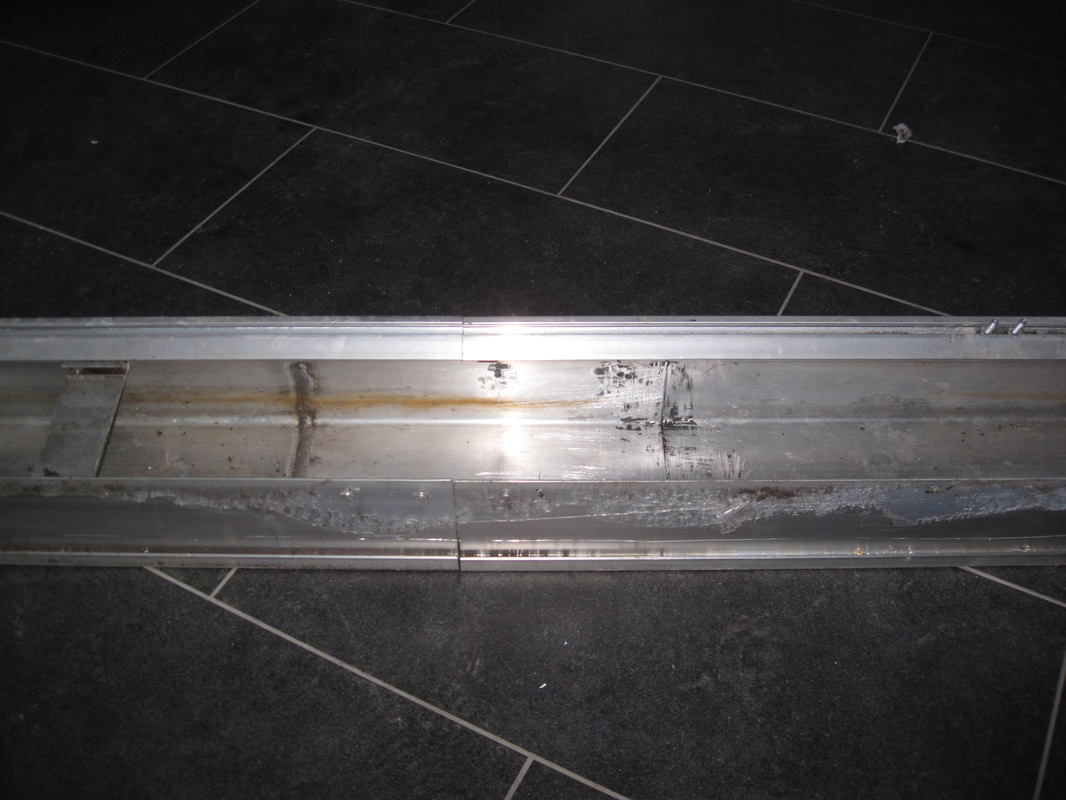 AB Conservatories Ltd used the wrong type of sealant in the Box Gutter which caused water to leak.
Once the roof was removed, the contractor found that the front window frame was out of level by approximately 35mm (lower on the left hand side than the right).  The whole frame had to be removed and reinstalled at the correct height in order to maintain a level platform on which the roof could sit. 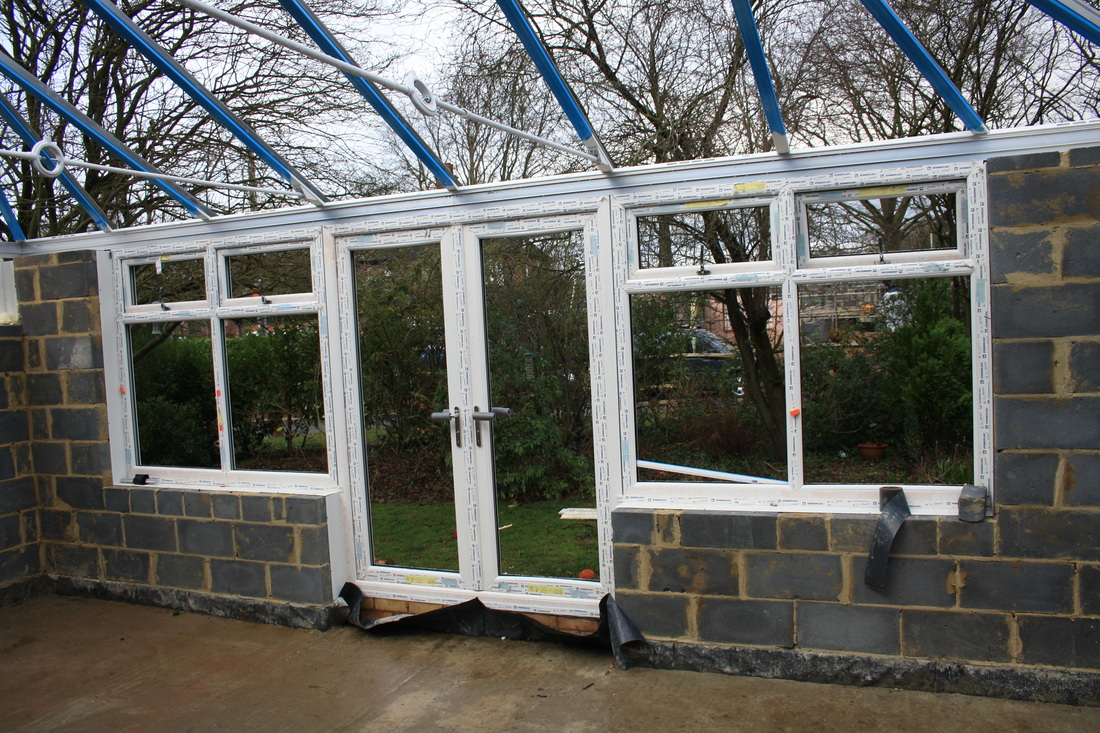 This frame was found to be 35 mm too low on the left hand side from level and thus unable to support the roof correctly.