A review of AB Conservatories Ltd - trading as AB Conservatories - based in Tadley, Hampshire and owned by Andy Brown (not to be confused with any similar sounding companies).
This website in about a Conservatory that was designed by Mark Smyth of Smyth Consultancy Services Ltd and built by AB Conservatories Ltd.  It is completely objective and contains real, unedited photos taken during and after the build.

AB Conservatories Ltd quoted for the work in July 2011 and commenced building in December 2011.  The was to be done to Building Regulations approval. 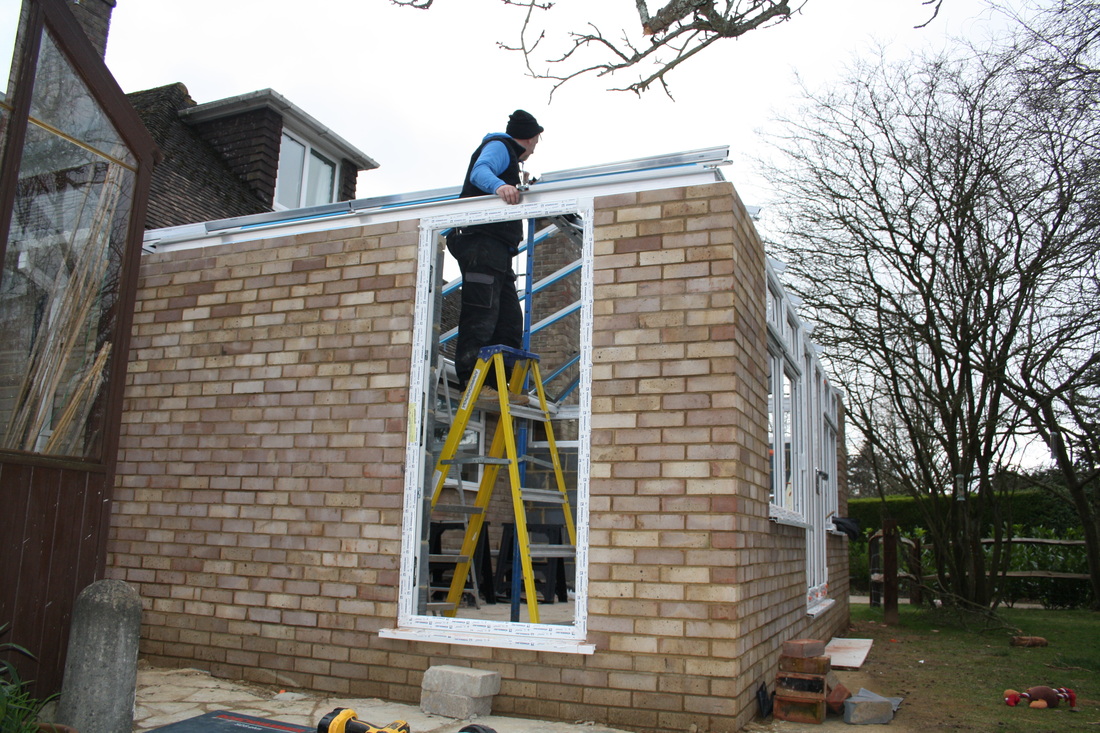 
Once rectification work had been commenced by an alternative contractor, numerous other faults were found.

Due to legal action it was not possible to show these pictures sooner.
On this site you will see the Design of the conservatory and the associated importance of the Box Gutter.  The installation practices of AB Conservatories is covered in the Installation page, and you can see examples of the poor quality Brickwork too.  The Electrics were particularly unsafe, and the Waterproofing failed Building Control inspection.  The Joinery wasn't up to much either.

AB Conservatories Ltd is owned by Andy Brown and Zena Brown and are based in Tadley, Hampshire.